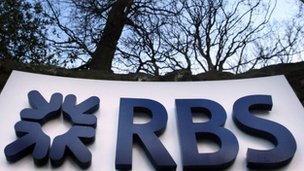 The Royal Bank of Scotland has pulled out of $10bn (£6.45bn) debt talks with Dubai Group, the struggling United Arab Emirates investment company.

RBS was chair of a committee of banks and other creditors negotiating with Dubai Group on how it could restructure its debt mountain.

An RBS spokesperson said: "We have been working with the company and other creditors for over 18 months and presented a number of alternative options that would enable Dubai Group to continue to operate whilst meeting its obligations to its creditors.

"Unfortunately we did not reach an agreement and can confirm we have stepped down from the co-ordinating committee.

"This decision was not taken lightly as RBS has a strong track record of supporting restructures in the region, but a number of factors beyond our control have led us to consider other options in this case."

A spokesman for Dubai Group said the company remained "fully committed to reaching a consensual agreement with all key stakeholders".

The company with passion - Giletta